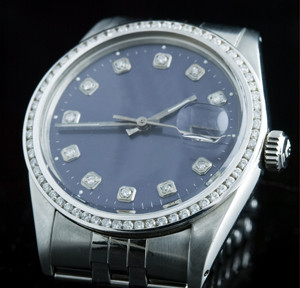 One often reads about how more and more commercial transactions take place online. Even the fine art market has digital auctions. But it appears that most purchasers still want to be in a store when they make the deal, a report says. The study paints a broadly positive picture of the luxury sector worldwide.

(Editorâs note: This report was issued before the virus outbreak in China, bringing with it disruptions and closures. North Asia has become an important driver of the global luxury market in recent years so it will be interesting to see what the impact will be.)

A survey of more than 3,100 affluent consumers from nine countries shows that the majority of them still want to buy their goods and services in a store rather than going online, suggesting that the digital revolution hasnât fully materialized.

The findings come from the New York-based Luxury Institute, in its State of the Luxury Industry 2020 report. Minimum annual income for US respondents was $150,000, and those from other countries represent similarly exclusive percentiles of income distribution in local currency within the top 10 per cent of household incomes.

The report said the market is broadly buoyant, helped by positive macroeconomic conditions.

Stores remain the dominant retail channel for luxury goods. Affluent consumers report more than two-thirds (68 per cent) of purchases taking place in-store, and those in France (77 per cent) and Canada (76 per cent) are most likely to buy luxury goods at a brick-and-mortar location. Regarding preferred channels for making purchases, 62 per cent of consumers worldwide indicate an in-store preference, 14 per cent prefer online, and nearly one in four (24 per cent) have no preference.

âBarring any black swan events, the state of the luxury goods and services industry remains strong for 2020,â Luxury Institute CEO, Milton Pedraza, said. Asked by this news service about the Chinese virus outbreak in recent days and the disruptions to travel, he said: "There is no question that the coronavirus outbreak in China is a `Black Swan' event. How big of an event remains to be seen, but it will definitely dampen the luxury goods and services industry at least for the first half of 2020. We already see some effects on LVMH results."

The wording of the LI report was generally upbeat. âRegardless of the channel, the macro environment is highly hospitable for luxury. However, for brands to truly capitalize on the abundant opportunity they need to master an understanding of their customersâ stated and unstated needs and desires, and execute brilliantly, treating each client as an individual human being. This is what we mean by omni-personal relationships. That skill is in high demand, yet, in low supply right now in luxury. Brands that aspire to high performance in 2020 need to master the skills with extreme urgency.â