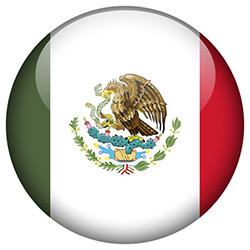 Investors were taken by surprise a few days ago when President Trump threatened tariffs against Mexico, citing immigration issues as a reason. Here are wealth management reactions.

Anyone who thought that President Donald Trump’s tariff enthusiasm ended with China got a rude awakening a few days ago when he tweeted a threat to slap taxes on Mexican exports as a way to force the US’s southern neighbour to halt the flow of illegal immigrants. Whatever the specific rights and wrongs of the immigration issue, investors who had already tried to price in the effect of US-China tariffs have another headwind to think about. And Trump may not be done yet: the European Union could be singled out for treatment, particularly because of complaints about its persistent trade surplus in products such as German autos. (In a separate but arguably related development, the US has added Singapore and Malaysia to its list of jurisdictions which it watches because of their forex policy. Both countries have defended their systems.)

What to make of the latest tariff noises? Here is a selection of comments from wealth managers.

David Bailin, chief investment officer, Citi Private Bank, writing in the firm’s mid-year review.
The threat by the US to impose tariffs on all imports from Mexico unless the latter helps to curb illegal immigration into the US is an alarming development. President Trump also said the US would no longer designate India as a “developing country”, thereby ending many Indian exporters’ exemption from US tariffs. The President may next turn his focus to the unresolved US-European Union trade dispute.

The potential effects are numerous. Rising costs from tariffs will only be partly passed on to consumers, squeezing profit margins on those goods. Declining sales volumes will then follow. Capital investment could suffer even though companies are forced to spend to reconfigure their supply chains to secure the flow of vital inputs. Global companies accustomed to largely unfettered international trade may find themselves facing barriers they have not encountered for decades. Smaller firms – which cannot build inventories as readily nor have as much financial flexibility – will be even more vulnerable.

We believe that global financial markets have yet to price fully all of the possible outcomes of the trade war. The likelihood of a negative resolution has clearly risen of late.

Claudia Calich, fund manager at M&G Investments
The threat of new tariffs (5 per cent on June 10, then an additional 5 per cent on the first day of every month up to 25 per cent on October 1), if imposed, is likely to be materially negative for Mexican asset prices.

For context, 5 per cent tariffs are higher than before NAFTA (used to be 4 per cent) and also higher than average WTO tariffs (average c. 2.5 per cent). In light of the above, 25 per cent tariffs would be extremely punitive for Mexico’s exports to the US (80 per cent of total exports). In addition, the White House so far has announced that tariffs would be uniform, i.e. all imports being impacted. If this is the case, then virtually all joint production units between the US and Mexico will be hit and, in particular, the auto sector where a lot of products go back and forth in both countries. One way to solve the value chain issue (best case scenario) would be to delay the tariffs.

One may also argue that Trump might end up facing a domestic issue if US original equipment manufacturers get impacted. However, there is also a negative scenario where tariffs go ahead on June 10 because Mexico does not reduce the number of crossings to Mexico at its Southern border in the next seven days. In this case, there may be multiple implementation issues at the US-Mexico border and Mexico may have no other choice than taking retaliatory actions to preserve its competitiveness (like imposing tariffs on grain imports from the US). If duties remained for a long time, that would probably mean the end of NAFTA and USMCA.

The impact on the Mexican economy will likely start with higher uncertainties hitting growth, with Mexico already facing very low growth to start with. Estimates from various Mexico economists state impacts on GDP from -0.45 per cent (5 per cent tariffs) to -1.20 per cent (25 per cent tariffs). Banxico now likely cannot cut rates and higher risks may only reinforce Banxico’s hawkish stance with now more probability of a hike if the peso depreciates further. In terms of fiscal, low growth would in theory mean more spending to come but given debt levels and commitment to the 1 per cent primary surplus, the current administration may not have room to raise spending.

Long positioning is also a source of concern so trade talk escalation could result in much further depreciation of the peso. Meetings between officials of both countries in the next few days will be critical. External debt similarly not pricing the worst case scenario with a 10-15bps spread widening.

Charles de Quinsonas was last week on a research trip in Mexico and is comfortable with our exposure in the corporate space (limited exposure to exports to the US from Mexico in the names we hold). We remain very cautious about the developments in Mexico, but we maintain our exposure levels to the country for now (which are still underweight), on the back of real rates which remain elevated and our expectation of fundamental resilience of the corporate bonds we hold.